John Buckley 4 years ago 8
Interesting comments about McCain. I knew his roommate in the Hilton, Bud Day. Bud earned the MOH, and was one of Maerica’s most storied and decorated warriors. Bud and another POW were the two men who saved McCain’s life fed when he was thrown into their cell to die after McCain was tortured after refusing to leave early. Bud was also a “maverick”, whose legal career included becoming a thorn in the side of DOD to get lifetime medical care for pre-Korean war retirees when DOD reneged on its promise to provide that care. Bud was not a hanger-on, nor a sycophant. But he admired and respected McCain, as did his bride Doris “Viking”Day. Bud never, ever mentioned anything about “singing”, or betraying the POW cause by McCain. He said that McCain broke under torture, but he said he (Bud) also broke under torture. He said tha every man breaks...all you can do is delay it, and mislead them, or knock yourself out, or try to commit suicide to prevent it. But he never mentioned McCain as a “Songbird”.nor did any of the other POWs I knew during my USAFA cadet or military career days (some of those men, not Bud, were 8natructors of mine at USAFA after Operation Homecoming). So...who should I believe? I’ll take Bud. And unless you were there, perhaps you should cease slandering a dead man. It doesn’t matter anymore. And I believe that yu’re wrong, based upon a first hand source.
Reply ↓•Permalink•Report

Egadnow 4 years ago 1
Only one of many errors!!
Reply ↓•Permalink•Parent•Report

skylab72 4 years ago 2
How can one vote down this source. The article is riddled with errors.

Ric Wernicke 4 years ago 2
I had some quality time with the Senator on several flights from PHX to DCA. We had polite discussions about the military, income taxes, citizenship, TSA, health care, and diversity. He was knowledgeable, willing to exchange ideas, and had a true interest in doing the right thing for Arizona and the nation. He was very polite to everyone, and listened to everyone who spoke to him as if they were the most important person he heard that day.

Egadnow 4 years ago 2
Politicians have been known to do that!!!
His biggest accomplishment was harming America by voting to keep Osama, oops, Obamacare because of his Hatred (justified) of Trump.
Would not want Ither as a Son, or Father!
Dr. Jim. Korea and Nam Vet.
Reply ↓•Permalink•Parent•Report

Patty Vanoy 4 years ago 1
I thought I asked a simple question. Sorry I seem to have stirred up something. BTW, after I posted the question, I read his records were sealed. THAT is an answer, not your snide and stupid comments.
Reply ↓•Permalink•Report

Egadnow 4 years ago 0
Sealed records don’t answer questions!! You certainly were not the only observant person!!
Reply ↓•Permalink•Parent•Report

Bob Roehrer 4 years ago 0
Songbird of Hanoi Hilton? Get our facts straight? Sure let's do that!! If you really are interested in 'the facts', read this: https://www.snopes.com/fact-check/was-sen-john-mccain-a-hanoi-hilton-songbird/
Reply ↓•Permalink•Report

Bob Roehrer 4 years ago 0
Songbird of Hanoi Hilton? Get our facts straight? Sure let's do that!! If you really are interested in 'the facts', read this: https://www.snopes.com/fact-check/was-sen-john-mccain-a-hanoi-hilton-songbird/
Reply ↓•Permalink•Report

Leighton Elliott 4 years ago 1
Snopes is no longer reputable as George Soros is a majority stake holder. https://www.facebook.com/redd.wolf.58/videos/523471401424204/
Reply ↓•Permalink•Parent•Report 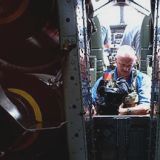 unitcharlie 4 years ago -3
Sorry, there a number of facts that have been omitted, others are fantasy and some are myths.Where are the Hanoi Rose propaganda broadcasts? His secret meetings with ISIS leaders? Plz, type "McCain in Captivity" into your favorite search engine... you'll find facts that don't glorify a disastrous military career. A little research goes a long way toward accuracy
Reply ↓•Permalink•Report

Robert Preston 4 years ago -3
I grew up in the Vietnam era with a father who was an F4, A4 pilot, 3 tours. He graduated a year before McCain at the Navel Academy. the get togethers with other aviaters from the Vietnam war were not kind when McCains name came up. McCain was known as the Songbird in the Hanoi Hilton. They all lost friends due to McCain singing. He only advanced as far as he did with family members who were already Admirals.
Reply ↓•Permalink•Report

BigTuna 4 years ago 1
Yeah, none of that is true.
Reply ↓•Permalink•Parent•Report

Patty Vanoy 4 years ago 1
Would someone tell me if President Nixon pardoned McCain and why.
Reply ↓•Permalink•Parent•Report

skylab72 4 years ago 1
No, he did not. There was nothing he needed a pardon for.
Reply ↓•Permalink•Parent•Report

Patty Vanoy 4 years ago 2
Actually I DO thank God. And thank you for your civil response.
Reply ↓•Permalink•Parent•Report

Ken Bittner 4 years ago -8
Why are we still trying to memorialize old "No name"?
There is nothing about being held as a POW that makes one a "heto"?
He was a traitor then and all thru his political "career".
Look It up.
Reply ↓•Permalink•Report

Patty Vanoy 4 years ago 0
Okay does anyone know why President Nixon pardoned ‘the subject of whom you speak’? Also am I the only one who saw the smirk on John’s face when he voted for “Obamacare”? Got back to DC just to vote? I would like a response please.
Reply ↓•Permalink•Report

John Bravo 4 years ago 2
lol, oh please, drinking more of the Trump conspiracy koolaid eh? drink up like the rest of the sheep little one. Oh and yes, you were the only one.

Egadnow 4 years ago -3
He hated Trump, with good cause, and was willing to damage America to damage Trump!!
Reply ↓•Permalink•Parent•Report

Egadnow 4 years ago -9
McCain had a Great PR group. Ask his wife what kind of man he was. (I know, dirty dig).

Rob Ainscough 4 years ago 7
And Trump avoided doing any service 5 times with deferments (4 times claiming education) and after college (where he actively played football, tennis, squash) he suddenly and surprisingly got diagnosed with "bone spurs in his heels" to avoid service for the 5th time. At least McCain was there, almost got killed twice on the front lines … and what was Trump doing ... counting daddies millions and have sex with underage models in his "modeling" agency "business". Does McCain have a "PR team" that are now mostly in jail for fraud, tax evasion, and a host of other offenses like Trump's own team of Cohen, Manafort, Gates, Flynn, Papadopoulos? No he doesn't, McCain was not perfect, but he was much more of a man than Trump was or will ever be.
Reply ↓•Permalink•Parent•Report

Egadnow 4 years ago -2
Have to agree with you on most things, but Trump made much more money than Daddy, Would not want Ither as a Father, or Son.
Absent their Fathers both would have pumped gas or waited tables!! Dr. Jim. Korea and Nam Vet.
Reply ↓•Permalink•Parent•Report

“A “war hero” doesn’t finish 894th out of 899 and still get stationed at a Navy champagne unit and promoted ahead of all but two of his 898 other classmates.

A “war hero” doesn’t get written up on drunk-and-disorderly, fraternization, disobeying orders, and insubordination charges more than two dozen times in less than three years.

A “war hero” doesn’t get promoted to squadron commander of the air field named after his own grandfather immediately after crashing his third airplane. A “war hero” doesn’t have all the military records that cover his time in Vietnam and all disciplinary actions against him censored and sealed “as a matte r of national security.” A “war hero” doesn’t get 28 medals awarded all after-the-fact “for bravery” for no other reason than being shot down and captured and then go on a celebrity public relations tour because he’s the son of two acclaimed Navy admirals. A “war hero” doesn’t repeatedly cheat on the wife who’s back in the states waiting for him, and then cheat on her more when he returns to the states, and then divorce and abandon her.

A “war hero” doesn’t systematically vote against every single pay and benefit increase for military and veterans throughout his entire political career, all the while claiming to be “the soldier’s Congressman,” and then take credit for the passage of a G.I. benefits bill he that voted AGAINST. A “war hero” McCain III lost jet number one in 1958 when he plunged into Corpus Christi Bay while practicing landings. He was knocked unconscious by the impact coming to as the plane settled to the bottom. McCain’s second crash occurred while he was deployed in the Mediterranean. “Flying too low over the Iberian Peninsula,” Timberg wrote, “he took out some power lines [reminiscent of the 1998 incident in which a Marine Corps jet sliced through the cables of a gondola at an Italian ski resort, killing 20] which led to a spate of newspaper stories in which he was predictably identified as the son of an admiral.”

McCain’s third crash three occurred when he was returning from flying a Navy trainer solo to Philadelphia for an Army-Navy football game. Timberg reported that McCain radioed, “I’ve got a flameout” and went through standard relight procedures three times before ejecting at one thousand feet. McCain landed on a deserted beach moments before the plane slammed into a clump of trees. McCain’s fifth loss happened during his 23rd mission over North Vietnam on Oct. 26, 1967, when McCain’s A-4 Skyhawk was shot down by a surface-to-air missile. McCain ejected from the plane breaking both arms an d a leg in the process and subsequently parachuted into Truc Bach Lake near Hanoi. For 23 combat missions (an estimated 20 hours over enemy territory), the U.S. Navy awarded McCain a Silver Star, a Legion of Merit for Valor, a Distinguished Flying Cross, three Bronze Stars, two Commendation medals plus two Purple Hearts and a dozen service medals. “McCain had roughly 20 hours in combat,” explains Bill Bell, a veteran of Vietnam and former chief of the U.S. Office for POW/MIA Affairs — the first official U.S. representative in Vietnam since the 1973 fall of Saigon. “Since McCain got 28 medals,” Bell continues, “that equals out to about a medal-and-a-half for each hour he spent in combat. There were infantry guys — grunts on the ground — who had more than 7,000 hours in combat and I can tell you that there were times and situations where I’m sure a prison cell would have looked pretty good to them by comparison."
Reply ↓•Permalink•Report

paul trubits 4 years ago 2
You might want to check your source before you post. A lot of this is unsubstantiated nonsense. He did graduate near the bottom of his class though.
Reply ↓•Permalink•Parent•Report

Egadnow 4 years ago 1
One does not have to be a Combat Vet to recognize ineptitude!!
Reply ↓•Permalink•Parent•Report

Egadnow 4 years ago 1
And his actual accomplishments after graduation remained near the bottom.
Absent his Father, his spot in the Academy would have gone to a deserving person!
Dr. Jim. Korea and Nam Vet.
Reply ↓•Permalink•Parent•Report

skylab72 4 years ago 1
IF you have not A) served, &B) served during armed conflict, &C) served in a combat zone during armed conflict, &D) served in contact with armed hostile forces during armed conflict, &E) Engaged in action directly responsive to hostile activity that resulted in the capture or attempt to capture friendly personnel, or F) actually been captured yourself under these circumstances, then you need to understand that casting "shade" on any POW reflects far, far worse on you than the subject of your disrespect.
Reply ↓•Permalink•Parent•Report

This website uses cookies. By using and further navigating this website, you accept this.
Dismiss
Did you know that FlightAware flight tracking is supported by advertising?
You can help us keep FlightAware free by allowing ads from FlightAware.com. We work hard to keep our advertising relevant and unobtrusive to create a great experience. It's quick and easy to whitelist ads on FlightAware or please consider our premium accounts.
Dismiss