Passenger Charges Obese Passenger $150 For Sitting Next To Him

Übermittelt vor 3 Jahren
A man has charged his obese seat-mate $150 for violating a 1/3 of his own seat, leaving people unsure how they feel about this situation. (simpleflying.com) Mehr...

Cansojr vor 3 Jahren 13
Obesity is almost an epidemic in Western society. Obese passengers should pay a weight surcharge and two regular seats. It's time for the government to step in and make that mandatory. Next obese people should have a section of the aircraft with a special exit for obese people. That way conventional body forms can escape without obese people blocking safe exits.
Antwort ↓•Permalink•Report

sharon bias vor 3 Jahren 10
Crying babies and obese passengers. The bane of every airline passenger. Southwest has always been upfront about making large passengers buy 2 seats. If this truly became the industry standard, then there would be no surprises for anyone. The gate staff didn't help this matter. They knew this was a full flight and let the large customer board anyhow. Dumping the problem on the attendants is not a solution.
Antwort ↓•Permalink•Report

Ken McIntyre vor 3 Jahren 5
Although I'm not happy with the idea, it might be time for the government to force airlines to create a policy for fat people to pay a "fat fare" for taking up two seats. It's the fat person's problem they are fat, it shouldn't be my problem.
Antwort ↓•Permalink•Übergeordnetes Element•Report

RECOR10 vor 3 Jahren -1
Why do you hate the rights of those with glandular issues? They aint FAT! They are "big boned" (just ask Cartman)

Joe Fiala vor 3 Jahren 4
Crying babies do not have a choice and their crying comes and goes, and they are part of normal family life. The great majority of children do very well on a plane.
Antwort ↓•Permalink•Übergeordnetes Element•Report

WeatherWise vor 3 Jahren 1
This may have been a "win win" situation this time but doubt that would be the norm. Maybe next time the "oversized" passenger won't be so agreeable.
Antwort ↓•Permalink•Übergeordnetes Element•Report

James Simms vor 3 Jahren 1
Got stuck on a BHM-PHL flight. Had to circle PHL for 45 minutes due to weather & assume the bay was crying due to the air pressure changes on it’s ears. Been 18 years ago so I’m over it & survived.
Antwort ↓•Permalink•Übergeordnetes Element•Report

Brian Acquistapace vor 3 Jahren 2
If it is the pressure changes, a former USAF cargo pilot told me the way to quiet them down - give them their bottle for a while (what it is filled with is not relevant). Sucking on the bottle naturally causes the pressure in a baby's ears to equalize, thus putting an end to the discomfort and associated noise. Nursing has the same effect, but could be a bit awkward just before landing in a cramped airline seat.
Antwort ↓•Permalink•Übergeordnetes Element•Report 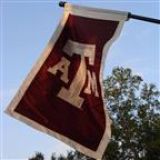 Bryan Nethery vor 3 Jahren 4
Gate staff have ignored size limits on carry-on luggage for years... this isn't surprising in the least. The fact that it made "news" is more surprising... the flight wasn't interrupted, no police were involved... so how did it gain attention?

Personally, I would love for the authorities to be consistent and fair in application of all standards. The industry is moving to a cash-based business model where every square inch and pound are factored into your costs... seems logical that there would be a full system of accounting that used objective measurements to assign cost. The current system is only objective in terms of counting number of bags and making sure they weigh less than a pre-determined limit. Of course, administration of this system would itself drive costs up, so there's that...
Antwort ↓•Permalink•Report

Highflyer1950 vor 3 Jahren 5
it’s worth repeating......if your carry on fits in this luggage sizer, it goes on board? If your ass dos not fit in the seat sizer, you need to buy an additional seat. At one time all airlines would accomodate an oversize individual by allowing them to purchase the seat beside them for 1/2 price. If your weight is above an average as deemed by the FAA then you pay a surcharge, just like overweight luggage. As far as screaming kids are concerned there is not much you can do....there kids? Now I have asked the family behind me if they would like to switch seats with me so I can relax and kick the crap out of the seat in front of me with their kid in it for a few hours!LOL
Antwort ↓•Permalink•Report

joe milazzo vor 3 Jahren -4
Maybe the Flightaware police should ban you from posting for be stupid. “There kids?” ??? Don’t you mean they’re kids? Many are obese due to genetics or an over-eating disorder. What’s your excuse? Are you too lazy to check your grammar or maybe you don’t have the education to know the difference?
My point is this; STOP discriminating against others because they dont fit into what you believe is normal. You may think they’re fat because they’re lazy but maybe not as lazy as you are to understand why they are the way they are or maybe as lazy as you are to use proper grammar or to get an education.
Antwort ↓•Permalink•Übergeordnetes Element•Report

Highflyer1950 vor 3 Jahren 5
First of all , you are correct I missed the spelling but unfortunately FA does not let you edit your post, so Joe you will just have to put up with all of us who are not perfect...or go somewhere else to vent! Second, it is not what I believe is normal but what the FAA states is an average weight in both winter and summer for adult Males, Females and children? This is how the airline’s load control figure out the correct numbers to pass to the flight crew in order for them to caliculate weight & balance, speeds and thrust settings for a safe departure. But being the smart, sensitive genius that you are, you probably knew all that?
Antwort ↓•Permalink•Übergeordnetes Element•Report

THRUSTT vor 3 Jahren 2
Damn, you took my glory from me!!!
Antwort ↓•Permalink•Übergeordnetes Element•Report

saso792 vor 3 Jahren 1
LOL at THRUSTT. You could have pointed out Joe's error in his first sentence where he said, "... posting for be stupid." It should read, "being" not "be". I love it when someone eats their foot in one bite. Har har.
Antwort ↓•Permalink•Übergeordnetes Element•Report

dc3orbust vor 3 Jahren 1
Too many husky folks use the "genetics or eating disorder" excuse. While there may be some people that can claim that, I refuse to accept that so many have these disorders. Back off the Twinkies and Ho Ho's !
Antwort ↓•Permalink•Übergeordnetes Element•Report

737man vor 3 Jahren 1
exactly, its hard to start working out and reduce your portions. I KNOW, I lost 70lbs a few years ago, nothing but excuses by more than half of obese people.
Antwort ↓•Permalink•Übergeordnetes Element•Report

adrian met vor 3 Jahren 3
If we treated animals like we do to humans with the current airlines practices. There will be an outcry of cruelty to animals.
Antwort ↓•Permalink•Report

andromeda07 vor 3 Jahren 1
It's not unreasonable for airlines to charge passengers by weight class. If the passenger weighs over 300 lb, they pay for two seats. They need to certify this at the airport when they check in by stepping on a scale privately behind the counter. Gate staff should also have a scale handy. Anyone found in violation will not be allowed on board unless they can buy a second seat, simple as that.

Such a policy is fair because the airline pays a lot more to transport heavy people, so it's perfectly reasonable to pass the charge to the customer. It could also motivate people to work on their weight problem.

That said, give me a friendly heavy person over a screaming baby any day.
Antwort ↓•Permalink•Report

Deborah Lipsitz vor 3 Jahren 1
Start charging by the pound to go by any means of mass transit, even local commuter runs, just like any other freight would be charged. You stand in a booth that is atop a scale, which checks your weight and insures you can fit in the assigned seat without either side touching either armrest. Watch how fast both the pandemic obesity problem in the United States comes down and how much more room there is to fit in a seat for those 6' 2" and under who are at a healthy weight.

Last time I flew commercial cost me more in down-time from the injuries sustained by being crushed against the fuselage for 4 hours than it did for me to rent a car and drive myself back, fuel, insurance, and nice hotels and meals included. That was in 2010, and I have refused to fly commercial ever since. Bad enough we have to put up with being treated like cattle without so many thinking that means they should weigh as much as cattle.

As for crying babies, it's not their fault, and blaming a parent who does not want a police siren blaring continuously and at the full pitch range possible a foot from their ear for 4 hours isn't fair either. To insure that flying with an infant is an absolute last resort, seat the parent and infant in the seat closest to the flight deck and charge the fare normally charged for that seat. It also has the added benefit of making sure the flight crew is wide awake and alert.

Parents or guardians of misbehaving children who should by now understand the behavior expected of them by the general public should be put on a no-fly list, whether they accompanied the child in question or not. My service dog, which is very well behaved and works for a living has to ride below with the luggage and cargo. I propose we switch that up a bit, ACTUAL service animals that aid the blind, deaf, and those in wheelchairs ride with their owner-partners they've been trained for years to serve, untrained children get put in a transport kennel and stored below.

As none of these changes are likely to come about in my lifetime, I'll continue making travel arrangements with Amtrak.
Antwort ↓•Permalink•Report

Ric Wernicke vor 3 Jahren 0
The time is long past when airlines should be offering a variety of seat sizes as reasonable accommodation to the flying public. Forcing one to buy two seats or fly first class is not fair, because all people are created equal, but their dimensions do vary.
Antwort ↓•Permalink•Report 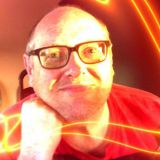 Anthony Repice vor 3 Jahren -2
Fat people know that they are fat when they buy the ticket, it's the same with screaming kids. I fly 1st class to adviod these situations.
Antwort ↓•Permalink•Report

johntalley1 vor 3 Jahren 4
Well in first class you have your own entire seat/surrounding area, so you're not crammed in next to a fat person. And generally screaming kids aren't sitting in first
Antwort ↓•Permalink•Übergeordnetes Element•Report