Return to Browse Photos
Upload Your Photos
Share This

Champdriver6 years ago
This plane is NOT a Titan T-51, which is a 3/4 scale homebuilt replica Mustang.

This a full size P-51D Mustang manufactured by Cavalier in 1967. Cavalier was a company that re-manufactured surplus Mustangs for South American Air Forces and executive use. They have the longer canopy for two seats and the taller fin and rudder off the H model Mustang.
The taller tail is an easy clue to a Cavalier Mustang.
Report 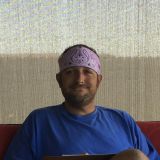 ppickPhoto Uploader5 years ago
Again correcting someone. I always look at official FAA site to get my information. If the FAA website is wrong, why don't you send them an email and scold them?

cliff7315 years ago
Paul... I can add what Mr. Joe Baugher's site says about this Mustang...

The Goleta Air & Space Museum's site gives this information on your Mustang:

"North American P-51D Mustang, NL20TF has been registered to Chino Warbirds Incorporated since December 2001. It was rebuilt as a Cavalier T Mk. 2 two seater in the 1960s. It received a new Air Force serial number, 67-14866, and was delivered to the FA Boliviana as FAB 521 on January 19, 1968. It was recovered by Arny Carnegie of Edmonton, Alberta in December 1977 and recieved (sic) the Canadian registration C-GXUR. McClain Flight Service of Strathmmore, Alberta bought it in November 1978. Cinema Air of Houston, Texas registered it as N20TF in October 1991."

But, wait... there's more on the "MustangsMustangs.com" site under P-51 Survivors, for "History/Previous Identities"...

Keep on keepin' on, Paul... I do enjoy your photos - one of the reasons I visit the FA site!!!
Report

Gary Schenauer5 years ago
Ppick ... I have always enjoyed viewing your photos for several reasons. Your pics are excellent quality. You always provide the info on each by "filling in the boxes." And you cover numerous locations. There are some who post photos here who either guess at info like reg numbers, have no clue what they photographed or what airport they were at (and are too lazy to research the info), or post crooked-horizon, off-center, object-obstructed, or blurry/fuzzy/noisy shots. And there are, of course, the thieves who swipe other people's pics to post. You are none of those, and I am certain that a majority of FA viewers appreciate, as I do, your superb pics and informational posts. (Personally speaking, I have found Mr. Gevay's info to be very accurate and helpful in the past too, and I have great respect for both him and you. IMHO, I doubt he meant to offend you. And as an FYI, I, too, refer to the FAA registry website you have identified and I also use it as a source for info I add to my posts.) Anyway, the purpose of my comment is this: Thank you, ppick for the excellent photos in your folder and for always including info with your snaps. (Tip of my photog's cap and a wave)
Report

cliff7315 years ago
Gary... I will "second" your words and express my highest admiration for your aircraft spotting aviation photography endeavors... and say the same for Paul's too. You both upload and share exemplary photographs on FA's site. I cannot thank each of you enough for the enjoyment such brings!
Report

cliff7315 years ago
And this too, Gary... like you, I have great respect for Mr. Gevay and have found Jim's information to be just as you opined, "accurate and helpful". Albeit, I believe he tends to be a tad "to the point", so to speak, if not taciturn, and therefore is perceived somewhat abrupt and harsh at times. But I do not believe such is his intent at all.
Report

This website uses cookies. By using and further navigating this website, you accept this.
Dismiss
Did you know that FlightAware flight tracking is supported by advertising?
You can help us keep FlightAware free by allowing ads from FlightAware.com. We work hard to keep our advertising relevant and unobtrusive to create a great experience. It's quick and easy to whitelist ads on FlightAware or please consider our premium accounts.
Dismiss